Day By DayÂ© by Chris Muir.

Meet our new "child of fur", Sirius Black Lewis. His big brother hates him, of course, and strives to avoid him at every turn. He's barely weaned and full of energy. God help our household. 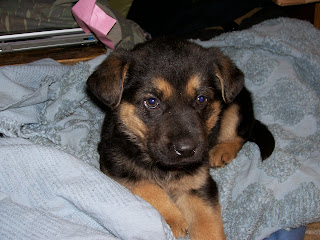 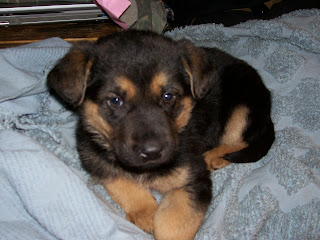 Y'all are probably asking yourselves, "Where's the old coot been?" Well, I caved and set up a Facebook account, mainly because my entire family kept telling me to so we could keep closer tabs on each other. See, they were always bringing me into conversations about halfway through, because they started on facebook then moved to emails. Well, no longer.

Problem is, I've become somewhat addicted to some of the games. So between classes and my addiction, sleeping and eating, personal hygiene and tending the dog, not a lot of time is left for blogging. I still read all the blogs I did before, but I don't have much time for personal posting.

I'm not shutting the blog down, just going a long way out of the way to say I won't be posting very often. But you've probably already figured that out. If any of you have a facebook account and wanna be friends, let me know. I'll add ya.

"O thus be it ever when free men shall stand,

Between their loved home and the war's desolation;

Blest with victory and peace, may the Heaven-rescued land,

Praise the Power that hath made and preserved us a nation!

Then conquer we must, when our cause it is just;

And this be our motto IN GOD IS OUR TRUST!

And the Star Spangled Banner in triumph shall wave

Over the land of the free and the home of the brave!"

This 4th verse of the National Anthem inspired Congress, MARCH 3, 1865, to place the motto on the nation's coins.

"The last act of Congress ever signed by President Lincoln was one requiring that the motto...'In God We Trust' should hereafter be inscribed upon all our national coin."

"When the U.S. was established...the motto was IN GOD WE TRUST. That is still our motto and we still place our firm trust in God."

"The guiding principle of this Nation has been, is now, and ever shall be IN GOD WE TRUST."

"Our Nation's motto...reflects a basic recognition that there is a divine authority in the universe to which this nation owes homage."

We shouldn't have to be reminded of this, should we?

A Republican senator from Massachusetts? 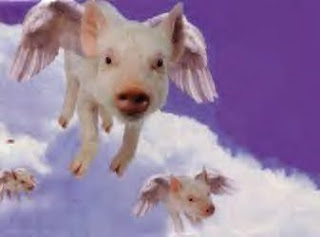 A song for Democrats:

Did I hear someone say "Miranda"?

You know, I'm not much of a baseball fan. I quit watching when they went on strike. The only baseball I watch these days is our local AA farm club, the Springfield Cardinals. But even we, here in flyover country, know that the Red Sox and the Yankees have been bitter rivals for many, many years. If a person really and truly wants to become a senator representing a state with a baseball team such as the Red Sox, she should not call one of their living legends a Yankees fan. Unless, of course, she wants to be run out of town on a rail.

Okay, this doesn't make anyone look incompetent, uh, stupid, uh... yeah, it does:

John Brennan, assistant to the president for counterterrorism and homeland security, said top intel officials simply didn't understand all the intelligence pointing to a possible terrorist attack, which came true when a Nigerian national tried to blow up a U.S. airliner with a bomb in his underwear.

Brilliant! "We" had the information, but "we" didn't know what it meant. And they're supposed to be the intelligent ones?

It's time phor phreezing Phriday Phideaux! Today we are honoring the miracle of global warming. Seriously. Thanks to Al Gore and his global warming bologna, we're all gonna freeze to death: 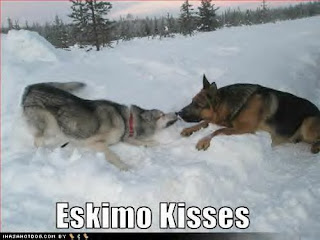 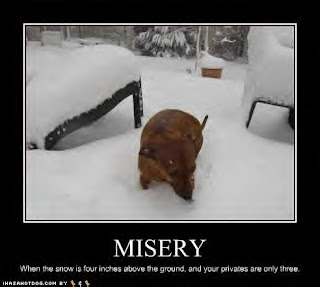 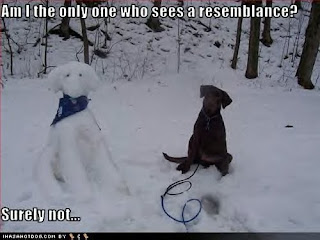 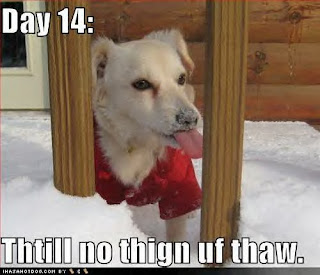 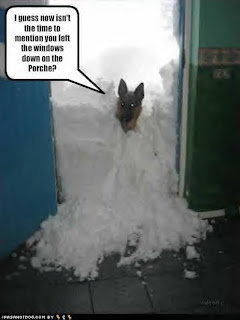 Thanks again to ihasahotdog.com for the wonderful photographs. More photos to come next Phriday, so stay tuned!

// posted by Denise @ 1/08/2010 08:03:00 AM (0) comments
Do you have a Snuggie? Don't be ashamed if you do. I know everybody is mocking them on TV these days, but they really are warm. Then they came out with a Snuggie for your dog (not a chance, Bandit). But now, they've come up with one that is really practical: The Snuggle Suit. My first thought was "good grief!", but then I realized how convenient it would be getting out of the bath. Just slip it on and it would absorb all the moisture the towel missed. Plus you could lounge around the house in it without worrying about exposing your nether region to the world. And for the record, no, I'm not getting anything for this. I'm not advertising for them or Penney's. Just thought somebody might be interested.

The grandson of former President Ronald Reagan was arrested Thursday for investigation of obstructing an officer who responded to his home after the grandson unknowingly tripped a silent alarm, a family member said.

Sounds a lot like a certain professor trying to get into his home a few months ago, doesn't it? Do you think Bambi will invite him to the White House for a beer? Yeah, neither do I.

Republican National Committee Chairman Michael S. Steele on Thursday challenged some of the most prominent critics in his party to fire him or "shut up."

Well, I know what I would do. He is spending so much time hawking his book or making speeches for personal gain, while seats that we could be getting away from the Democrats are slipping through his fingers. If he doesn't want to do the job, he should step down, not wait for someone to fire him so he can claim victim status.

Speaking of Firefly, do you ever get the feeling that the country is just waiting for someone to stand up and say, "Miranda"? If someone did, who would respond?

When you get a minute, man (see what I did there?) check out this website. You won't be disappointed. I wasn't. 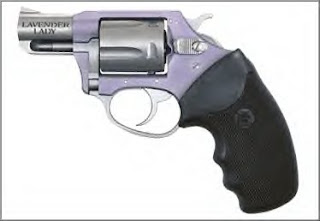 Isn't she pretty? Sticking with the Firefly theme, I've named her Kaylee. Kaylee wants to be feminine, but she also has a tough side to her. She is my final 2009 Christmas present. She arrived today and was welcomed with open hand. Very easy for me to handle one-handed, where her older sister Zoe takes both hands. But they both have their purposes. This one will come in handy when I get my CCL, which is on my things-to-do list for this year.

Warning Sponsored By A True Obamanation 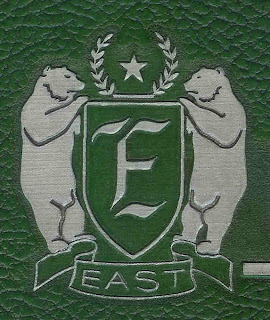